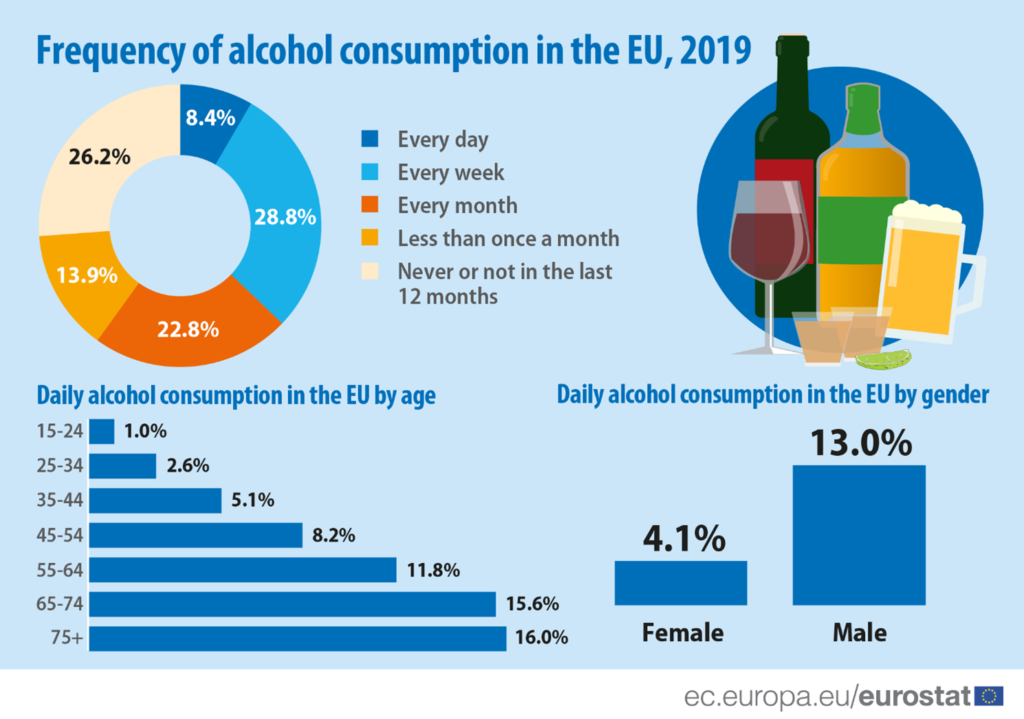 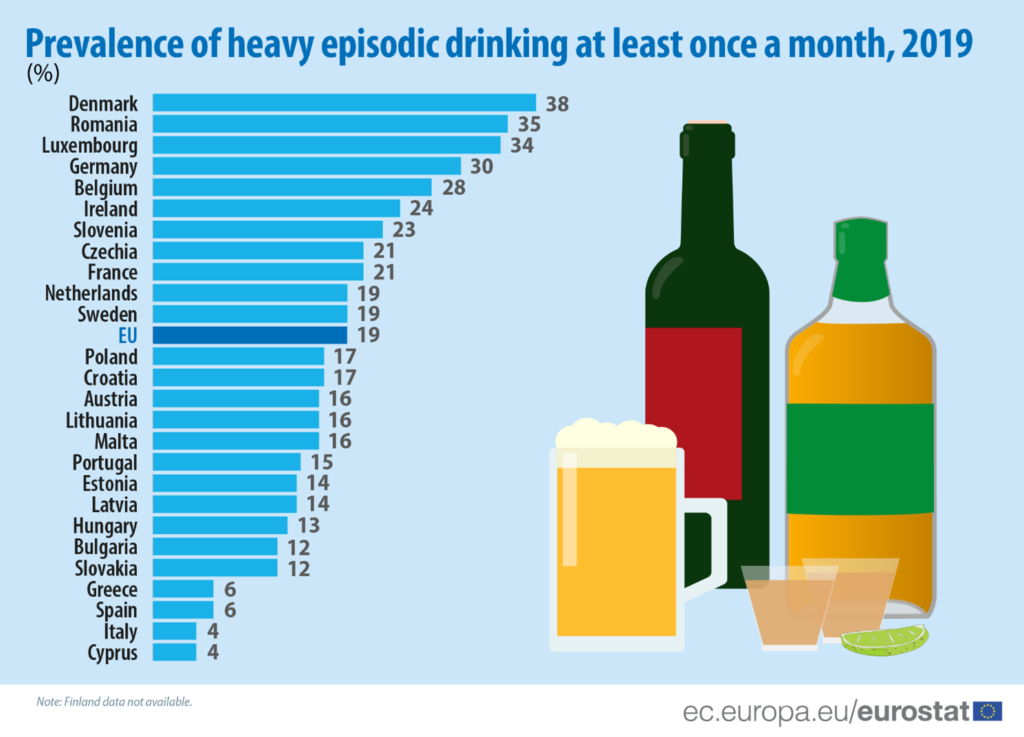 In 2019, three quarters of EU adults have consumed alcohol in the previous 12 months and nearly 9% consumed alcohol daily. Interestingly, the new generations consume alcohol less than older ones. People aged 15 to 24 had the lowest share of those who consumed alcohol the most frequently (i.e., every day).